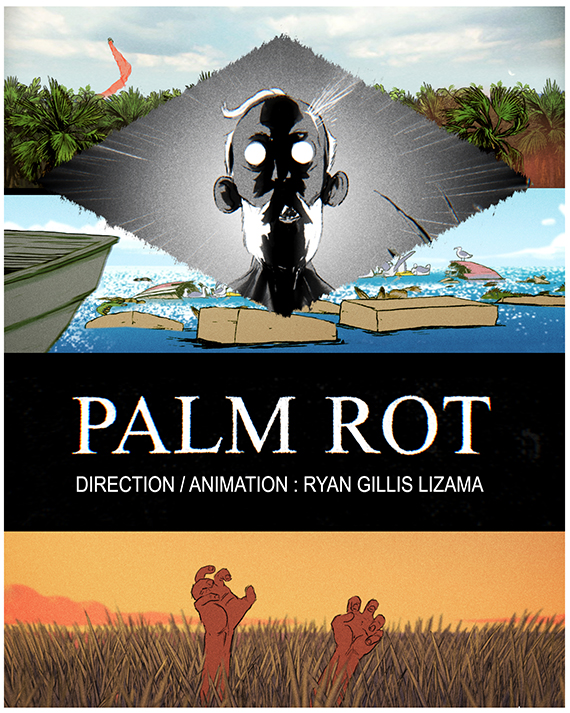 Spent all day illustrating a poster of PALM ROT but I just can’t make the composition work. Or the colors. It worked so well in my head. The poster up top just feels kind of lazy. Right now I think the best option is still the stamp I designed 2 years ago. 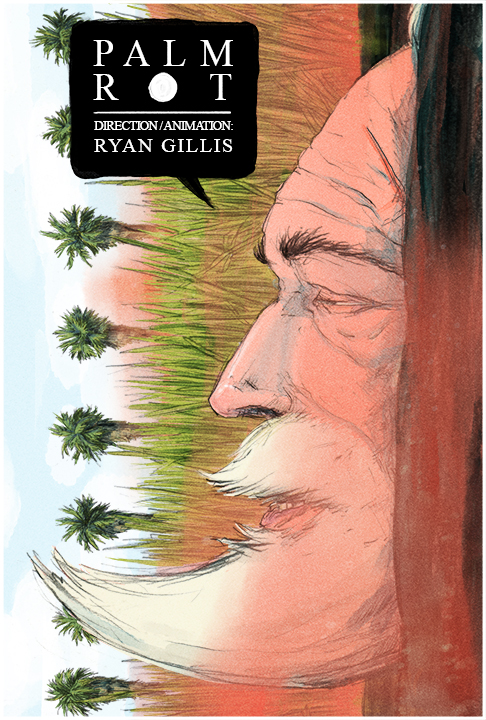 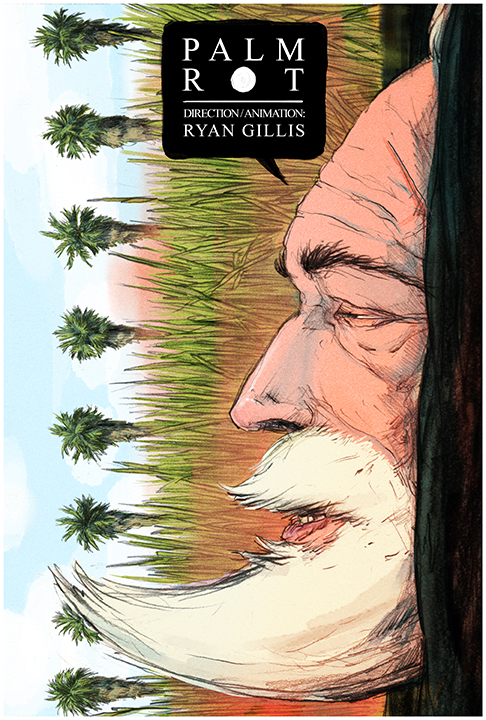 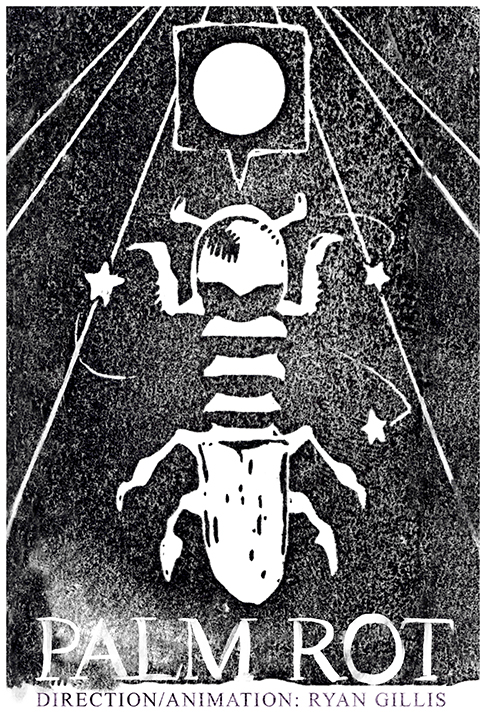 Finally finished with PALM ROT.
Minus some minor sound stuff, it’s good to go – so I’m already submitting to festivals.

Right now I’m cleaning house on some process stuff laying around the apartment, but before I toss it, I’m gonna digitize it.

I made this packet before I started production last June so that I’d be able to keep my head on straight over the next 13 months.

It’s interesting to go through this thing again, because after I got into the swing of production I stopped referring to it. I’d come up against problems in certain scenes and think I was real clever for solving them, but in almost every case I’d written down the solution a year ago.

And because I love behind-the-scenes featurettes, here are some gifs that show the progress of particularly troublesome comps:

A few of the last cool render-errors: 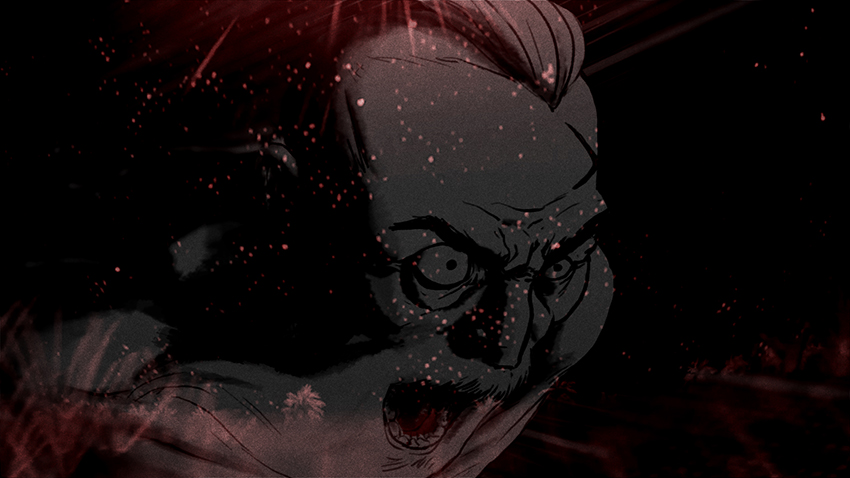 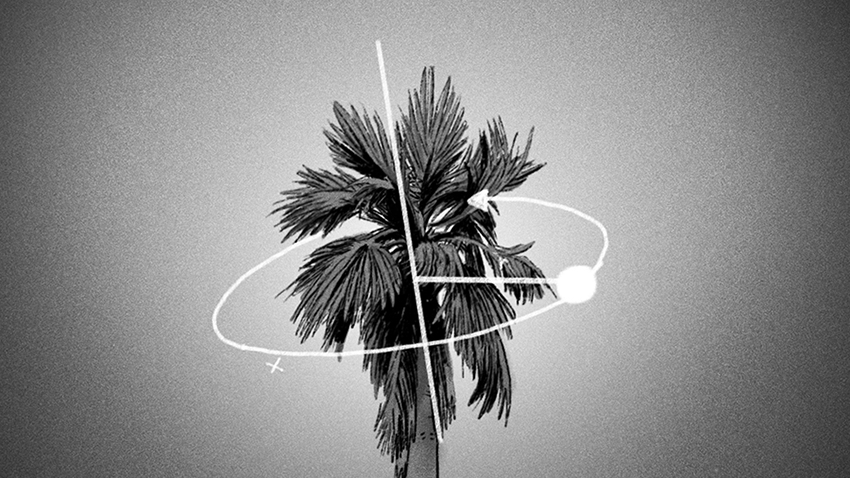 Last thing – when I was home for my birthday back in June my brother Phil gave me the original crate that inspired my thesis.

These jars were filled with flies that went to SPACE.

Finally settled on a name for my thesis:

Update 6.20.14- I’ve been getting some critique from family and friends over the title decision and I wanna document my thought process while it’s still fresh in my head.

In films that leave room for interpretation, the title is a huge opportunity to inform the piece. That’s pretty obvious. It’s a couple of words that can completely re-contextualize the way a viewer experiences a movie and become part of the piece. The more room that’s left for interpretation the larger the effect a title can have. That’s true for any medium.

If Mea Culpa had been called something else, it would change your read of the film entirely:

The imagery is informed by the title and so the title becomes essential.

Predator, on the other hand,  is a straight-forward (and amazing) narrative film, and it would be experienced pretty much the same under almost any other title.

One of my goals when making my thesis was to tip-toe the line between an abstract and narrative driven film. There are a lot of concrete sequential events and there is also lot of surreal, disconnected imagery.
There’s room for interpretation in my thesis, so I was struggling hard to come up with a title that would inform the piece in a way that was exciting and felt essential, but also felt tonally-correct and sounded great.
So I labored over what I was going to call the damn thing- with free word association and word webs and shit:

Nothing was really coming to me. Everything we came up with either pointed to the narrative (Specimen 117, Run-Off, Toxic Tide, Toxic Phototaxis, Rocket Palm), or felt tonally accurate (Sun-Stroke, Palm Rot), but never both.
(I really wanted to use the word ‘Tide’ because I think it alludes to the moon in just subtle enough a way, but I could never make it work.)

In the end I decided that I preferred the titles that had the right tone over the ones that pointed towards the story. I feel like the film is a more atmospheric experience than an intellectual narrative one.  I was never as concerned with making sure the viewer understood every aspect of the story as I was with creating something that the viewer found compelling enough to engage in.

So after sitting on it for a few weeks, Palm Rot just felt like the name. It may not be a new layer of information that enriches the whole film like I wanted, but the film does open and close on a shot of the palm farm, a rot can also refer to a blight or scourge of beetles, but most importantly- it has the attitude I want.

I’m worried by the fact that a lot of people I respect don’t really seem to like it- so I haven’t closed the books. But as of right now it feels more right than any other titles I’ve come up with.

Gotta figure something out soon because the is FILM to be FINISHED by MID-JULY.

2 weeks ago I successfully defended my thesis: 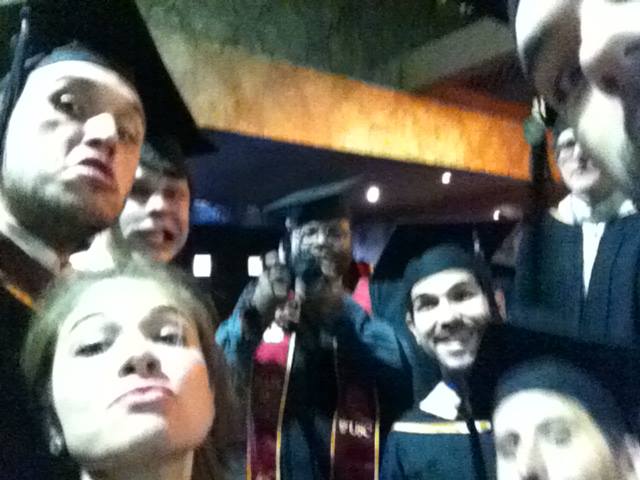 The film is 95% done – but since my defense it’s been a California road trip with my parents and freelance work, now I’m going home for a wedding – so that last 5% won’t get done until late June (hopefully). Then I post it, then I draw for fun for the first time in a year.

Until then – here’s one of the last glitches from the film, and road trip pics: 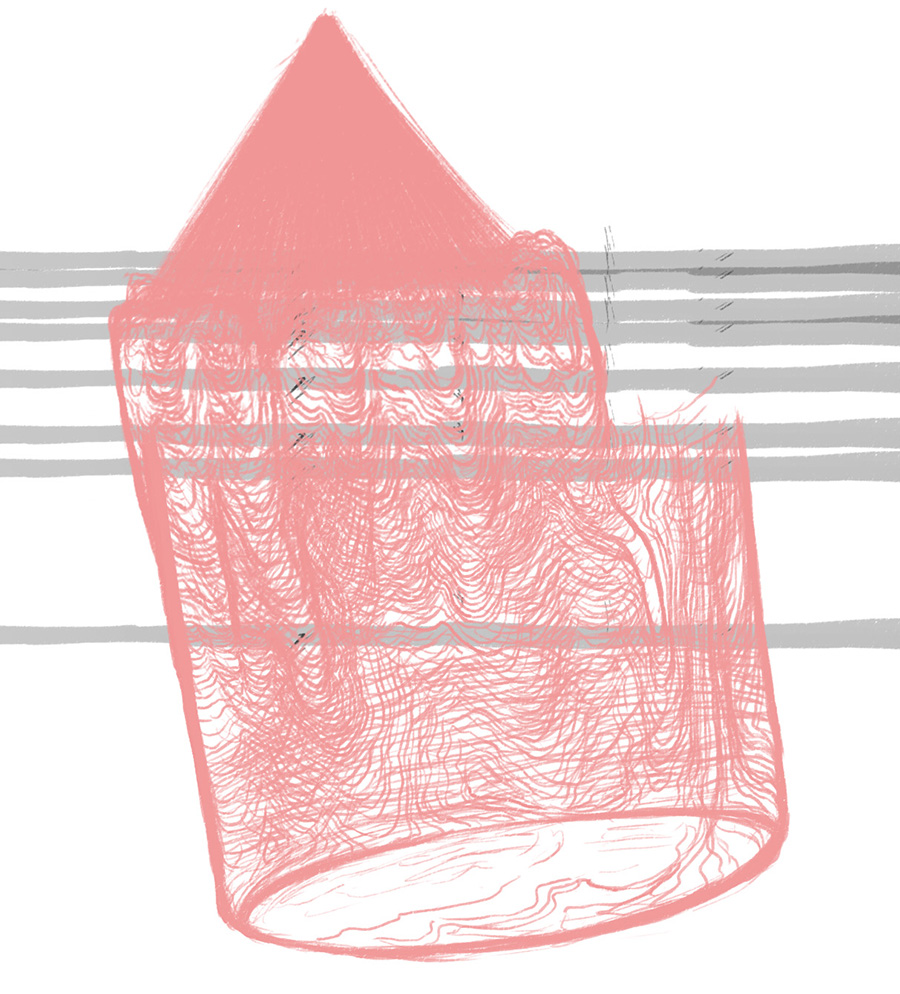 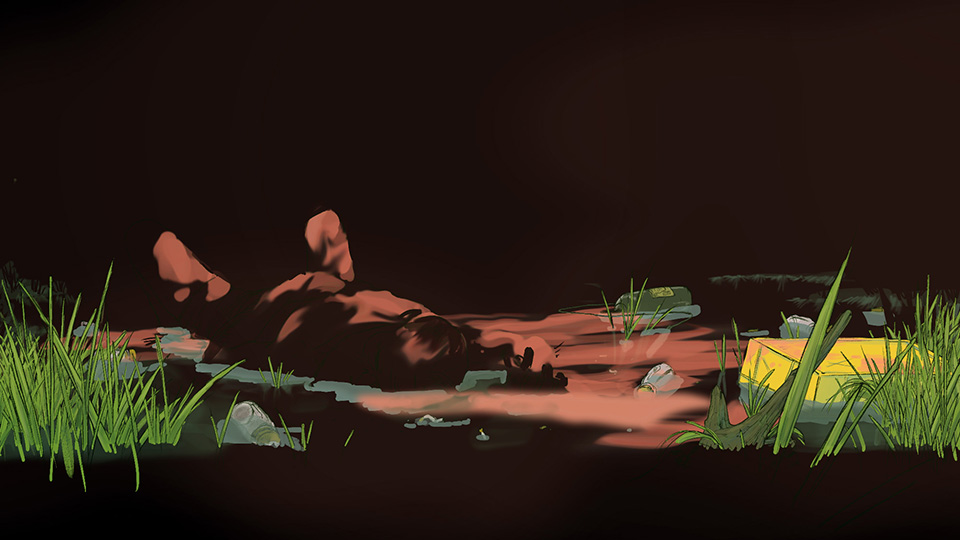 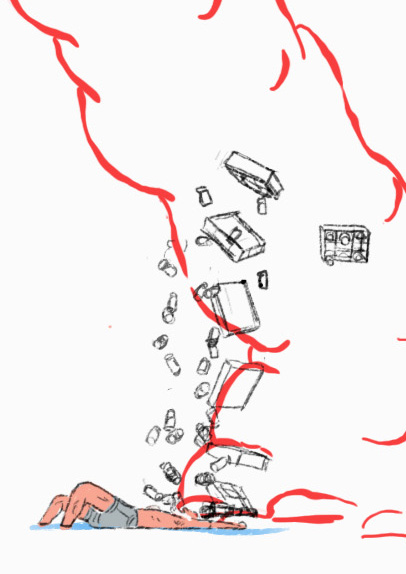 Been toying around with adding a -.01% lens distortion on the wider shots. I think it works as a subtle glaze on top of the final composite.

The only reason I have the time to muck around with finishing touches like this is because animation brother and all around generous person Jesse James Dean has offered to help me finish coloring the last few shots before my defense on Wednesday. Now all the can bottles haves sparkles. Thank god.