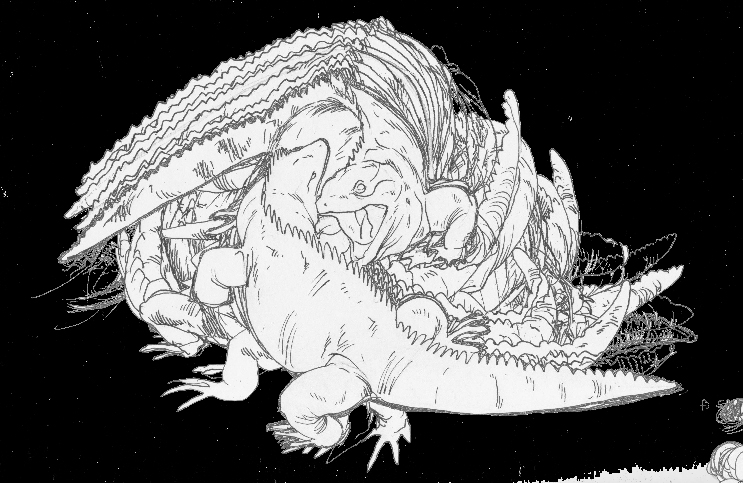 This has been a pretty amazing week all around. I will put all of the wonderful events in list form to help quantify them. Surely it’s too much good for one person to receive:

I’m savoring this surge of positivity. I know that I’m going to be running into trouble with my animation when I have to color it (starting Sunday.) But hopefully it will just be mind-numbing and not time-destroying. Still haven’t figured out a title, kind of want to run it by my brother. Loop Road? BlackSwamp, FL? I dunno. But I’ll have that by tomorrow.

Here’s  a link to the band that saved my project. Serious authentic surf, punk and soul mix. The track I’m using is Bat Glasses:

WELP. I made it with a day to spare. Just finished scanning my last scene frames.  Here are some frame trails from the scene were Knowles gets destroyed by 3 alligators: 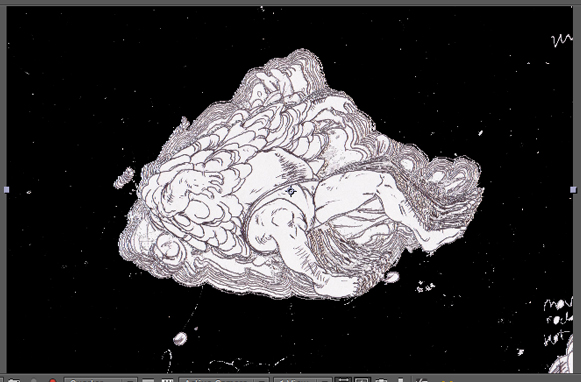 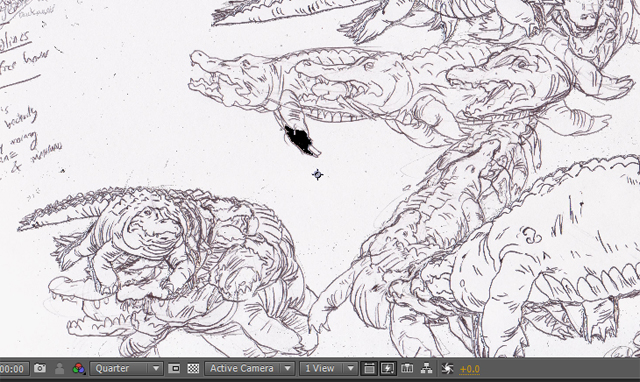 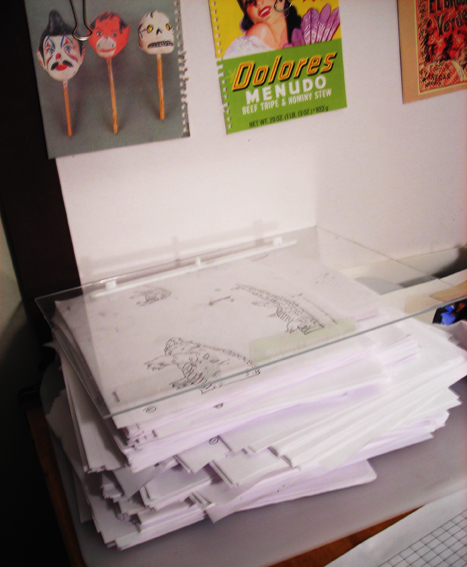 About a minute of animation

Scanning those concludes the main animation I had scheduled for my production 1. AGHH it’s just sinking in.  There is still some drawing to be done. I’ve got to fix some mistakes, redo a scene if I have time, and add some frames here and there, but huge portion of this project is finished. And finished on TIME!

Tomorrow I’m going to make a rough edit – throw some rough sound together and hopefully my composers can get to work. I think I may be officially in post-production now. It’s still going to be an insane amount of work since I don’t really have a smart way to color anything, but other than that I feel REALLY good. REALLY, really good.

It’s getting out to crunch time. A week until Picture lock. All of my other classes have things due right now as well, so this next week is going to be nothing but pain. So here is some random stuff: A video I made as an experiment for a future project-

A loop of a fat dude walking for Documentary Animation. 7 drawings without pencil tests. It’s not perfect, but animating is definitely coming more naturally.

In OTHER news- Naughty Dog is coming out with a video game called The Last of Us and it’s about cordyceps fungus taking control over the human race. SHIT!

I was pretty bummed out about this news. Especially because the fungus monster above looks pretty awesome. But I watched the trailer and the game is going down an extremely well-trodden path of survival horror. Abandoned cities overgrown with plants, and the fungus monsters are exactly like zombies. It’s all shit we’ve seen 100 times before, so the fungus is more of a gimmick for the genre. So hopefully there’ll still be room for my little animation this this world.

I went to Huntington Gardens with my parents. I almost lost my mind. This place looks like a set designed by Dr. Seuss and Tim Burton’s baby. BUT IT’S REAL.